This week, a California federal jury has ordered General Motors (GM) to pay over $102.6 million to three different classes of GM vehicle owners. Plaintiffs of a suit filed in 2016 accuse the Michigan-based automaker of knowingly selling vehicles with serious engine defects.

GM drivers say that the manufacturer hid a glaring engine defect that causes excessive oil consumption in certain GM vehicle models. The fault mainly lies in the automaker’s Vortex 5.3-liter V8 engine, which has been installed in thousands of GM trucks and SUVs.

The suit alleges that GM was aware of a defect in the piston rings of affected vehicles that could result in irregular oil consumption. Excessive oil consumption is a serious issue that can result in stalling, internal engine damage, or premature engine breakdowns in these vehicles.

Jurors ultimately decided that GM had breached its implied warranty of merchantability to California plaintiffs; its implied warranty of merchantability to North Carolina plaintiffs; and the provisions of the Idaho Consumer Protection Act.  The settlement affects approximately 38,000 GM drivers from California, North Carolina, and Idaho. Each vehicle owner included in the class-action lawsuit will receive approximately $2,700 from the final settlement. 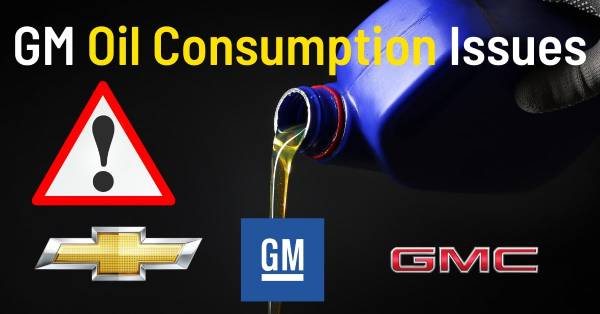 The 2016 suit claims that internal documents from GM show that the automaker was aware of the engine problem as early as 2010. Over the next four years, GM responded with poor, ineffective remedies to the issue and continued to build new engines and cars. The company does not have an official remedy for the problem, nor has it issued any recalls.

GM is currently contesting the 2022 settlement. The company says that it does not believe the verdict is supported by any evidence presented during the trial. GM is seeking post-trial relief and has plans to appeal the multimillion-dollar verdict. Class action lawsuits involving similar concerns have been previously dismissed in Ohio, Virginia, and Washington.

Last month in a separate GM oil consumption lawsuit filed against GM in Georgia, a federal judge denied GM the motion to dismiss claims that it had manufactured defective engines.

2014-2017 GMC Terrain SUVs and 2014-2017 Chevrolet Equinox vehicles are not included in the latest GMC oil consumption lawsuit payout however, these GM models are also known for irregular oil consumption problems. Although GM has not issued any official recall for excessive oil consumption issues in either vehicle, the automaker has issued extended coverage to owners and lessees of certain Equinox and Terrain vehicles. The special coverage offers coverage for engine problems resulting from excessive piston ring wear.

Is it possible to fix my GMC’s oil consumption issue? This issue may not be covered under the GM warranty. Several drivers report that they have had to pay for engine repairs entirely out-of-pocket because GM refused to cover the costs of these specific repairs.

Which GM Models are affected?

The following GM models may be affected:

Note that although 2014-2017 Chevrolet Equinox and 2014-2017 GMC Terrain SUVs may also have oil consumption issues, these vehicles are equipped with 2.4-L Ecotec engines and are thus excluded from the class-action settlement. Three separate lawsuits against GM allege that the Equinox and Terrain, like other vehicles listed above, may have a manufacturing defect in their piston rings. Owners and lessees of these vehicles may be eligible to pursue individual lemon law claims.

Can you file a GM Lemon Lawsuit?

If your vehicle is not included as part of the class action lawsuit, you may still move forward with an individual lemon law claim against General Motors.

The settlement in the 2016 lawsuit will be divided among 38,000 members, with each owner or lessee receiving only $2,700. That amount likely cannot cover the total repair costs that these drivers may have paid for out-of-pocket.

If your vehicle is excluded from this latest settlement, your case may qualify for lemon law compensation in the form of a refund, replacement vehicle, or cash compensation.  To determine if you qualify, we recommend that you speak with a reputable lemon law attorney in your area as soon as possible.

Your best option to address serious engine issues in your vehicle would be to contact a reputable lemon law attorney. Vehicles with engine problems like stalling or excessive oil consumption may be considered “lemons” under both state and federal law. Lemons are vehicles that have serious manufacturing defects that affect their safety, value, and use. The following engine-related defects are all covered under California’s lemon laws:

If you live in California and are experiencing engine problems or other issues with your vehicle, the Lemon Law Experts may be able to help you maximize your lemon law rights and remedies. Our experienced lemon law attorneys can review the details of your case to determine if you qualify for a California lemon law claim. By pursuing an individual lemon law claim, you may qualify for a lemon law refund that consists of receiving all monies you spent towards the vehicle, minus a usage fee, and the reimbursement of your incidental and consequential costs related to your lemon vehicle, plus the payment of your attorney fees.

When going up against large auto manufacturers like GM, you will need the best legal representation possible. The Lemon Law Experts have successfully assisted thousands of consumers across California since 2009. Our team of California Lemon Law Experts have been successful against auto manufacturers like GM. If you suspect you own or lease a lemon, contact us for a free consultation today.